Sigmalion is a web development company located in Kharkiv, Ukraine

One of the key points to development of a great project is a team. And we can truly be proud of ours since it consists of skilled, highly-experienced, confident and innovative individuals. Together with that we are also experienced collaborators and often work with developers and designers from across the globe. We’ve developed a great workflow for those situations, so we are flexible and ready to pitch in a project and become a proactive part of the team.

Our main goals are to keep our clients satisfied, maintain healthy business environment and produce top-quality products. We are guided by the principle “Work smart – work hard” as we believe that it is the only way to work efficiently. Our work style is extremely detail oriented, we work quickly and deliver products of the highest quality. If you need a functional and well-run website or application look no further than Sigmalion.

If you ever happen to visit Kharkiv, apart from our cozy office, we also suggest checking several popular places in our city. 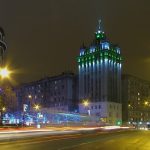 Apartment building with a spire
represents “Stalin Empire style”. It’s located on the Constitution square, is a high-rise dominating structure of the square and occupies the whole block. It’s high is 7-11 floors.It was built by the project of P.I. Areshkin in 1954. 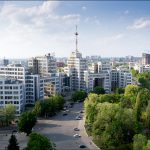 Derzhprom or Gosprom building
is a constructivist structure located in Freedom Square. Its name is an abbreviation of two words that, taken together, mean State Industry. In English the structure is known as the State Industry Building or the Palace of Industry. 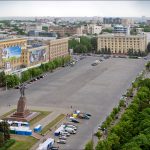 Freedom Square
After the independence of Ukraine it was renamed to Freedom Square. During the brief German occupation the name of the square changed twice: in 1942 the square was named German Army Square, and in 1943 Leibstandarte SS Square. A monumental statue of Lenin was erected in 1964 and was torn down by protesters on September 28, 2014 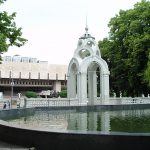 ‘Mirror Stream’
Situated in the Pobedy Garden, opposite to the Opera Theater, the fountain ‘Mirror Stream’ (Zerkalnaya Struya) is one of the brightest and most recognizable symbols of the city, which is included in the list of Seven Wonders of Kharkiv. 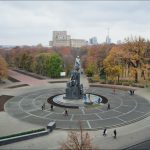 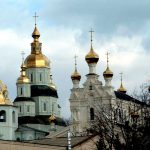 Pokrovsky Cathedral
There are several buildings on the territory of the cloister: Intercession Cathedral, Ozeryanskaya Church of the Holy Mother, Kharkiv bishop residence and theological seminary. 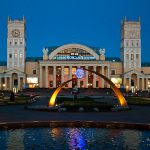 Southern Railway Station
is the first station on the territory of Kharkiv. It was built in 1869 by famous Russian architect Andrey Ton. However it became one of the largest in the Russian Empire back then. 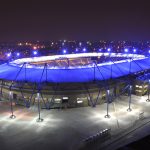 Stadium Metalist
Construction of the stadium began back in 1925 by order of Anastas Mikoyan at the area previously occupied by the Holy Spirit cemetery. Stadium was opened on September 12, 1926.

Get In TouchWhat are you waiting for ?

Write us a few lines about your ideas, your projects and let's advance together.

Like our page and send us message directly from our brand new Linkedin page.

Call us or chat with us on Skype whenever you like, do not hesitate.